What Will Your
Legacy Be?

You are at: Planned Giving > For Advisors > Washington News 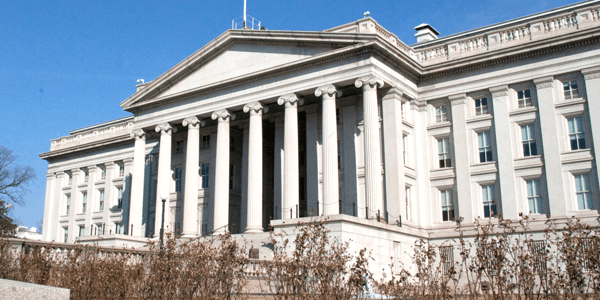 In IR-2022-445 the Internal Revenue Service reminded taxpayers that they will need to report three types of income on their 2021 returns. Taxpayers may have income from working in the gig economy, buying or selling cryptocurrency or may have earned foreign-source income. There are specific reporting requirements for all of these three types of income.

1. Gig Economy Earnings — During the Covid pandemic, millions of Americans changed jobs and many decided to work in the gig economy, which offered flexible hours. Many creative workers joined the gig economy and provided on-demand work, services or goods. Quite often, these services are offered through a website. The gig economy positions were frequently part-time or temporary. Because a gig economy worker is independent, he or she often does not receive an IRS Form 1099-K, 1099-MISC or W-2. Even if the worker’s payment is in property or cryptocurrency, all income is taxable and must be reported.

3. Foreign Source Income — U.S. taxpayers are generally subject to tax on worldwide income. If you have income from interest, dividends or pensions from sources outside the United States, this is taxable unless it is exempted by a tax treaty. Even though the Foreign Earned Income Exclusion or Foreign Tax Credit applies and you may not owe tax, you are still required to file and report your income. There is an automatic extension to June 15 if you have a tax home and residence outside the United States and Puerto Rico.

If you have foreign-source income, you generally report it and attach Schedule B to your return. Each bank and securities account overseas must be reported. You must also file IRS Form 8938, Statement of Foreign Financial Assets.

If during 2020 you had value over $10,000 in an overseas account, you must also file the Financial Crimes Enforcement Network (FinCEN) Form 114, Report of Foreign Bank and Financial Accounts (FBAR).

Editor's Note: With millions of gig economy workers, there is a need for all of these individuals to report their income. There also has been a widespread growth of ownership of cryptocurrency, particularly by younger Americans. A sale of cryptocurrency will require reporting your 2021 tax return.


On March 1, 2022, the Justice Department reported that an Atlanta, Georgia federal grand jury issued indictments for seven individuals. The individuals were involved in syndicated conservation easements and facilitated substantial charitable deductions during the past two decades.

The seven individuals included five Atlanta-area CPAs and two appraisers. The indictments claimed the seven individuals conspired to “design, market and sell false and fraudulent charitable contribution tax deductions to high-income clients." They created "fraudulent and inflated appraisals of the conservation easements that frequently valued the easements at amounts at least 10 times higher than the price that was actually paid for the partnership — often within months of the appraisals."

The co-conspirators offered partnership units for $25,000 and guaranteed a four to one tax deduction ratio. Investors who funded units for $100,000 would receive a $400,000 tax deduction. That tax deduction could produce $170,000 in tax savings, therefore netting the donor of a $70,000 profit on the tax-motivated transaction.

The indictment claims that these transactions were abusive tax shelters that lacked economic substance or business purpose. Essentially, the seven individuals were illegally selling inflated tax deductions. The estimated value of the false and fraudulent tax deductions is $1.3 billion.

The conspiracy to defraud the United States in indictment could lead to a sentence of five years in prison. Some of the seven defendants were also charged with wire fraud, aiding and assisting in the preparation of false returns and filing false personal returns. Additional prison sentences include anywhere between 10 to 20 years on the other counts.

Acting Assistant Attorney General Stuart M. Goldberg represents the Justice Department's Tax Division. He stated, "The Tax Division is continuing to prioritize prosecution of fraudulent tax shelters, which are designed to enable taxpayers to pay far less than their fair share. Those who contemplate promoting fraudulent tax shelters involving syndicated conservation easements — and the accountants, appraisers and tax preparers who create and execute strategies to assist them — should know that the Tax Division and IRS will unravel even the most elaborate schemes.".


In Estate of Marion Levine et al. v. Commissioner; No. 13370-13; 158 T.C. No. 2, the decedent had created a complex split-dollar life insurance plan. The Court held that the cash surrender value of $6.2 million was not includable in her estate.

Marion Levine and her husband operated a supermarket chain. After he passed away, she sold the business for $5 million in 1981. She was an entrepreneur who used those funds to build a number of new business interests, and had a net worth of approximately $25 million when she passed away in 2009.

Levine had two children, Nancy and Robert. Her children and advisor Bob Larsen were involved in many of her business transactions. In 1996, Nancy and Robert were given a power of attorney over Levine’s financial affairs. In 2003, she suffered a stroke and had health issues from that time forward until her demise in 2009.

Levine created a revocable trust and implemented several tax planning strategies. One of the strategies was a split-dollar life insurance plan. She made a loan of $6.5 million to her two children and they purchased life insurance on themselves. The plan involved an Irrevocable Insurance Trust with the South Dakota Trust Company, LLC as the independent trustee. Two last-to-die policies on her children were funded with the loan of $6.5 million. Levine filed IRS Form 709, United States Gift (and Generation-Skipping Transfer) Tax Return and reported a taxable gift of $2,644 on the theory that her retained receivable interest on her premium payments was nominal. The Insurance Trust promised to pay the greater of $6.5 million or the policy’s cash surrender value at the death of the children or the termination of the policies.

The IRS audited the estate and claimed that the included value was not the receivable of $2.28 million, but the $6.2 million cash value of the policies. The IRS assessed a $3 million deficiency and 40% gross undervaluation penalty under Section 6662(h).

The Tax Court determined that the IRS claims under various gift tax provisions were not applicable. Sections 2036 and 2038 were the key issues because this was an estate tax return. The IRS claimed that there was no Section 2036(a) "bona fide sale for an adequate and full consideration" and therefore the assets should be reported in the estate at the cash value. The estate claimed that it had retained no Section 2036 or 2038 interest and the bona fide sale exception did apply.

The IRS also observed that children Robert and Nancy and accountant Larsen were able under the power of attorney to unwind the split-dollar plan. However, the Insurance Trust control was held by South Dakota Trust and Larsen was the only member on that investment committee. Larsen owed a fiduciary duty to all beneficiaries of the insurance trust. Therefore, this fiduciary duty transcended the ability of Larsen to unwind at will the split-dollar insurance plan. The Court concluded "that this precludes the inclusion of the cash-surrender value of the life insurance policies in Levine's estate under Section 2036(a)(2).”

Therefore, the included amount was the $2.28 million receivable rather than the $6.2 million cash value.


The IRS has announced the Applicable Federal Rate (AFR) for March of 2022. The AFR under Section 7520 for the month of March is 2.0%. The rates for February of 1.6% or January of 1.6% also may be used. The highest AFR is beneficial for charitable deductions of remainder interests. The lowest AFR is best for lead trusts and life estate reserved agreements. With a gift annuity, if the annuitant desires greater tax-free payments the lowest AFR is preferable. During 2022, pooled income funds in existence less than three tax years must use a 1.6% deemed rate of return.